During the workshops of the Observatory of Reconstruction in May 2018 hold in the city of Les Cayes, the Inventory product on the City of Jérémie was presented to local actors (in the presence of the Mayor of Jérémie). Two remarks have emerged from this meeting:

The identified need has therefore been to include a system to quickly locate known areas on the map and to better specify the nomenclature. It was then retained to display on the maps for the greatest number of remarkable points with photos but also to enrich the description of the map.

The list of  remarkable points remains has been finalized with the local actors and a first model product has been realized to make appear the concept and to allow the exchanges around this improvement: 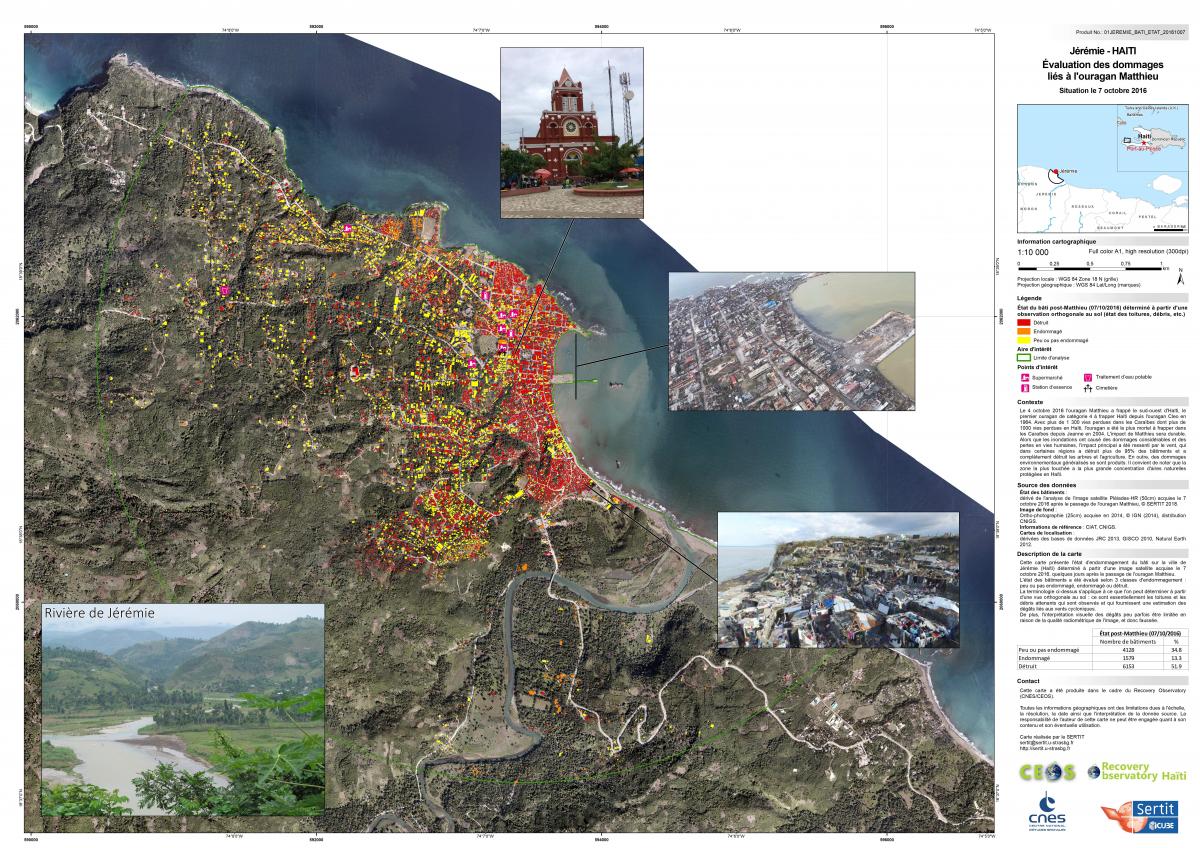 The description section of the map has been expanded with the following statement: "The above terminology applies to what can be determined from an orthogonal view on the ground: it is essentially the roofs and adjacent debris. which are observed and which provide an estimate of the damage related to cyclonic winds. In addition, the visual interpretation of the damage can sometimes be limited because of the radiometric quality of the image, and thus distorted. ".
In general, these aspects were already developed in the report associated with the cartographic product. From now on, they are explicit and concise in the map. However, it is important for the user to refer to the notice (ie the report available here) describing the realization of a cartographic product.

Proof of concept is available in the attachments :